How to Transform Lambs into Lions

The Power of the Void

How to Possess Your Soul Before You Die

Become the Paradox: On Time, Free Will, and Meaning

Carpe Noctem: Embracing the Dark to See the Light

How to Transform Misery and Mastery into Mystery

Belief is a Hang-up: Let It Go!

The True Power of a Good Sense of Humor

Forget Yourself; Become the Universe

“A person is neither a thing nor a process but an opening through which the Absolute can manifest.” ~Martin Heidegger Down in the trenches of the human condition we are reeling. The daily grind is grinding us into a postmodern pulp. The rat race has us running around like chickens with our head cut off. The zeitgeist reeks of anxiety. These times are even more exacerbated by the pandemic and the war. We need to take a break. We need to have a laugh. We need to detach. Are you

“You want to get y our fear behind you where it’s pushing you forward instead of in front of you where it’s stopping you.” ~Jordan Peterson Life begins when fear is integrated. Action is where transformation happens. Fearlessness is a matter of acting courageously, knowing mistakes will happen; rather than merely existing, fearful of making any mistakes. Fighting for the better at risk of the worst is superior to shirking the better for fear of the worst. Similarly, worst-cas

The Anti-statist: A Rebel for Our Times

“One man who stopped lying could bring down a tyranny.” ~Aleksandr Solzhenitsyn All flag worshipers have the same unhealthy religion: statism. Flag worship is a nationalist’s false idol. It doesn’t matter if you’re a sieg-heiling Nazi or a little kid singing the pledge of allegiance. It’s all parochial symbolism digging its tentacles into contemporary ideals. It leads to blind conformity, indoctrinated complacency, bloated pride, war, and people all too happy to choke on the

“To go wrong in one’s own way is better than to go right in someone else’s.” ~Dostoevsky On a long enough timeline everything is stardust. Every bone in your body. Every friend on your friend’s list. Every book on your bookshelf. Every philosophy ever known. Every philosophy not even known. All of it, will someday be stardust. What seems important now will be inconsequential tomorrow, and probably always was. So, it stands to reason that any perennial philosophy would humble 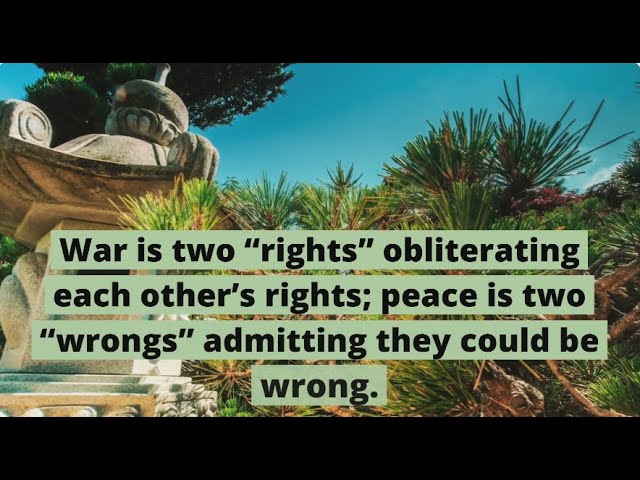 “It’s better to be a warrior in a garden than a gardener in a war.” ~Chinese Proverb War is two “rights” obliterating each other’s rights; peace is two “wrongs” admitting they could be wrong. The warrior in the garden understands this more than anyone. The last thing any true warrior wants is war. Because only a true warrior understands that war means the obliteration of rights, of freedom, of love—win-or-lose. A true warrior will always choose peace over war, despite their w

The Archetype of the Trickster Sage

“The sage battles his own ego; the fool battles everyone else’s.” ~Sufi Proverb The trickster sage battles both his ego AND everyone else’s. He’s a double-edged sword. He cuts himself even as he cuts the world. He cuts his own ego first but, knowing that he is the world, and the world is him, he also cuts the world. He battles against Certainty to keep Curiosity at the forefront of the human condition. The trickster sage understands that the cure for certainty is curiosity. T